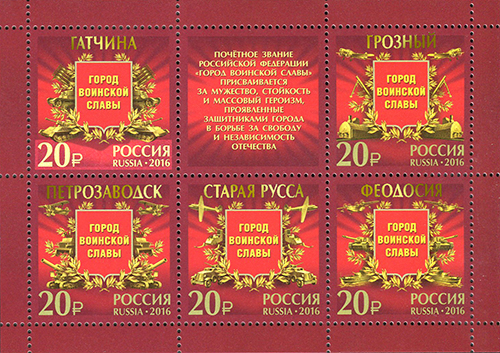 On February 18, 2016 Post of Russia issued a souvenir sheet of five stamps in the "Cities of Military Glory" series. The souvenir sheet is dedicated to the following cities: Gatchina, Grozny, Petrozavodsk, Staraya Russa and Feodosia.

Russian Federation honorary title of "City of Military Glory" assigned "for the courage, steadfastness and mass heroism of the defenders of the city in the fight for freedom and independence of the Fatherland." Regulation on the conditions and procedure for awarding the title was approved by Presidential Decree on December 1, 2006. The honorary title "City of Military Glory" has continued the tradition of awarding cities with the title of "Hero-City" started in the USSR. Today, there are 45 cities in the Russian Federation, which were awarded with this honorary title. 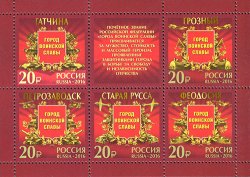 Russia. Cities of Military Glory. Souvenir sheet of 5 stamps and a coupon (1st print, without lacquer) 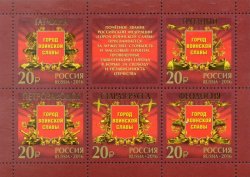 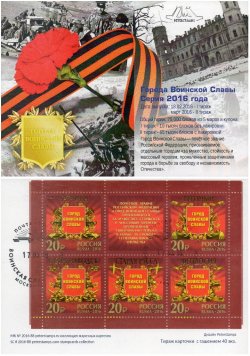 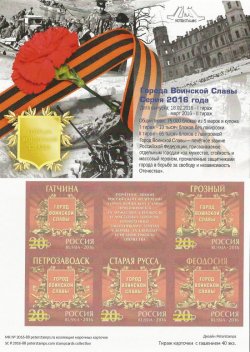