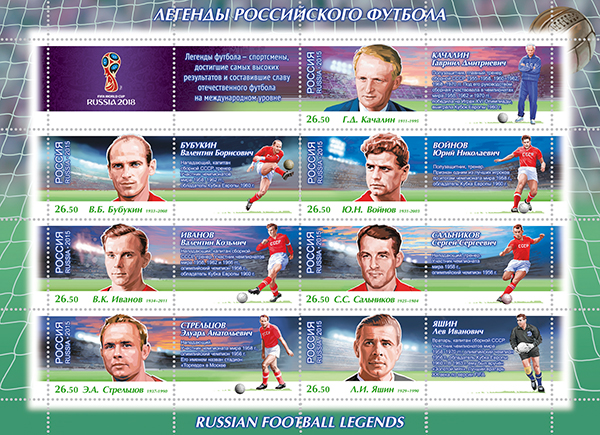 On December 9, 2015 Post of Russia issued seven stamps dedicated to the legends of Russian football in the framework of the philatelic program of the Football World Cup, which will be held in Russia in 2018. The stamps represent football players, who have reached the highest achievements and made the national football glorious on the international level.

Yuri Voynov (1931-2003) – halfback, coach. At the age of 19 Voynov was invited to "Zenit" Leningrad, and later in "Dynamo". In the autumn of 1961, he won the golden medal of the USSR championship together with "Dynamo" Kiev. He was chosen as one of the best players at the end of the World Cup in 1958. The first European Cup, won by the USSR team in 1960 was the biggest achievement of the football career of Yuri Voynov.

Eduard Streltsov (1937-1990) - striker. At the age of 16 he became a player of "Torpedo" Moscow, where he played his entire career as a striker. Streltsov’s football talent revealed very early. At age of 17 he started to play for the national team of the USSR and at the age of 18 he became the best scorer of the championship of the USSR. When he was 19 years old, he became the Olympic champion in Melbourne. In 1968 he won the USSR Cup. A sports complex in Moscow was named after Eduard Streltsov. Since 1997, every year the best football players of the country are awarded with the prize "Strelec", which received its name in honor of E. Streltsov. 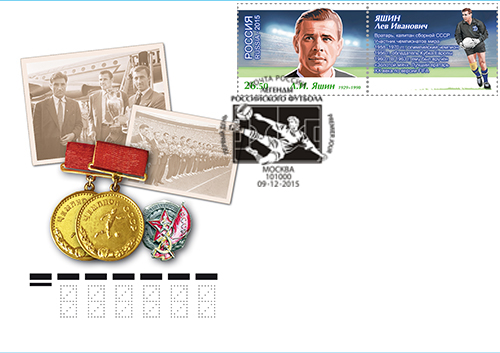 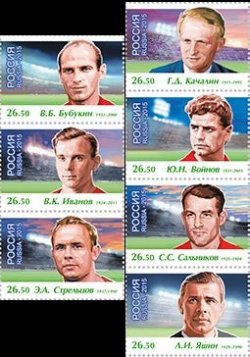